Nikolay Gryazin is a Russian rally driver, currently competing in the World Rally Championship WRC 2 category representing Hyundai Motorsport RedGrey Team. Son of the Russian rally driver Stanislav Gryazin and brother of Vasily Gryazin, the young wolf has already shown consistency and the will to be the WRC 2 champion.

This past February, Nikolay Gryazin participated in 'Rally Serras de Fafe e Felgueiras', and we had a conversation after Shakedown. From his Background to present and future plans to Lifestyle, Nikolay shared his mind with me...

Let's start by looking back for a while.
Nikolay, could you tell us your background until WRC?

My sports career began in 2012, I started out in karting. Then I competed in the Russian circuit racing championship until I was 16. In 2015, I had my debut in rally and I drove my first serious rally in Latvia with Škoda Fabia R5.

What do you think about your beginning this season and what are your goals for the rest of the season?

It was complicated. The weather conditions of the first WRC of the season weren't good. The goal is to keep improving, I need to keep pushing to get better pace.

Fafe Stage is part of WRC Rally Portugal. What are your expectations for this Rally?

Good question! (Laughs) I consider this rally, 'Serras de Fafe e Felgueiras' important as preparation. As for WRC Rally Portugal, I expect good weather, and no more punctures, I had a lot in 2019.

Nikolay, you used to drive a Škoda Fabia R5 and now you drive a Hyundai i20 R5. Do you feel any difference?

It was a difficult change mostly because I had only one day to test Hyundai car before the first rally this season. The difference, I cannot say yet, I still need more time in Hyundai car and to improve with it.

How was your integration in Hyundai team?

It is better now, I am excited to be part of the team but I felt pressure at first.

My main goal in long term is to be champion in WRC. For now, I still need to improve in WRC 2 to be champion later, and keep the lead in this category. I need improvement with my times in the next few years.

What kind of hobbies do you have? What do you do to stay fit?

I am training to be in good shape but it is not possible to go to the gym regularly. I have an exercise program that can be done indoors, and I combine it with boxing and running.

How about your clothing style for everyday life?

What kind of drinks and food?

Sport drinks and I am trying to not eat fat food in my daily life as I do during rally.

Any advice for aspiring rally drivers?

Drive a lot, play games, use Simulators and drive in frozen lakes if you have the chance.

Currently, there's no female Drivers in WRC. What's your opinion on it? Why there's none?

I don't know. I believe because of statistics women don't try!

You have been staying in Porto. Do you have a favourite spot in the city?

The view over the river is beautiful! (Smiles) 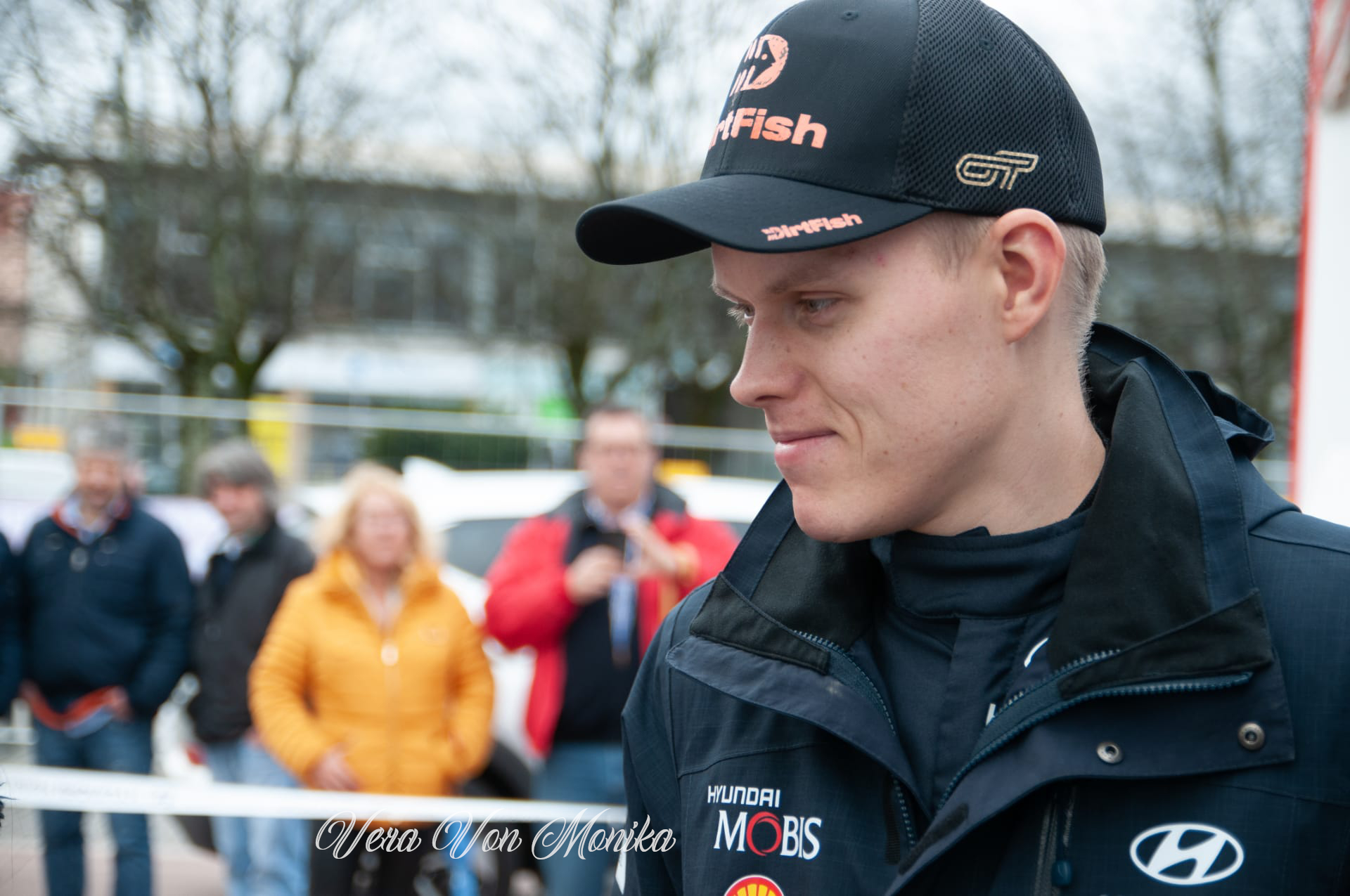